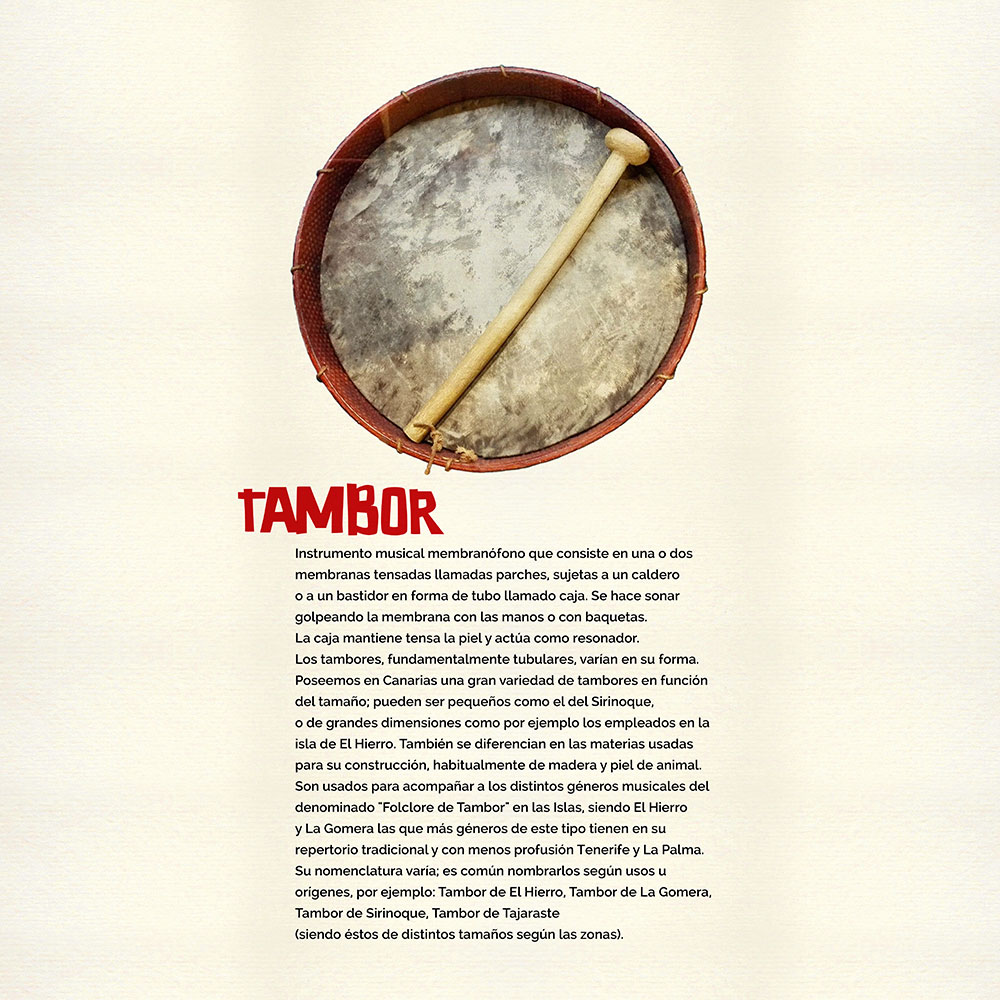 Membranophone musical instrument consisting of one or two stretched membranes called patches, attached to a cauldron or to a tube-shaped frame called a box. It is made by hitting the membrane with the hands or with drumsticks.
The box keeps the skin taut and acts as a resonator.
Drums, mainly tubular, vary in shape. In the Canary Islands we have a great variety of drums depending on their size; They can be small, such as the one in Sirinoque, or large, such as those used on the island of El Hierro. They also differ in the materials used for their construction, usually wood and animal skin. They are used to accompany the different musical genres of the so-called «Drum Folklore» in the Islands, being El Hierro and La Gomera the ones with the most genres of this type in their traditional repertoire and with less profusion Tenerife and La Palma. Its nomenclature varies; It is common to name them according to uses or origins, for example: Tambor de El Hierro, Tambor de La Gomera, Tambor de Sirinoque, Tambor de Tajaraste.
(These being of different sizes depending on the areas).